Maralo, LLC, including its affiliated entities, has been active in all parts of the oil and gas industry since 1940 as an operator, non-operator, and mineral owner.  While managing and leasing its current inventory of minerals across the United States, Maralo continues to expand its footprint through the acquisition of royalties, minerals, and other various properties. 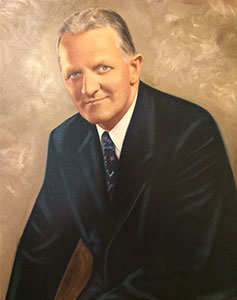 Born in Lewis County, Missouri, Ralph F. Lowe went on to attend Westminster College in the city of Fulton, Missouri. After brief stops in Wyoming, Kansas and Oklahoma, Ralph Lowe eventually settled in Midland, Texas in 1932, where he would successfully open and operate a Texaco service station located on the corner of Wall and Colorado Street.

From 1940 until his death in 1965, Ralph Lowe participated in over 500 wells in Texas, Oklahoma, Louisiana, and New Mexico. In 1973 Ralph F. Lowe was elected to The Petroleum Museum Hall of Fame.